..detained on misdemeanor charges pounced on and pepper sprayed by corrections officers, all the while saying "I can't breathe," before dragging him to a cell where he was later found dead.
More than a full year after Michael Sabbie’s death, his widow Teresa was informed on August 1, 2016 by the Department of Justice that there would be no further inquiry
Most articles link to the video, which I choose to not post here. 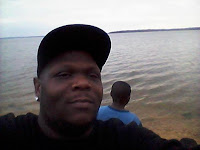